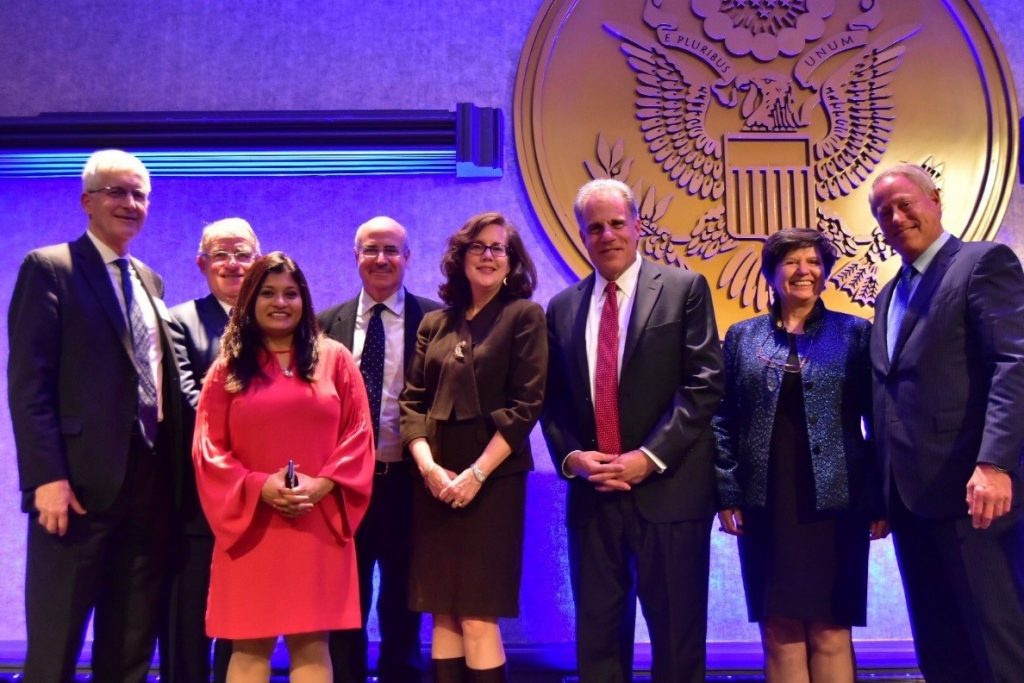 We were proud to present William Felix Browder with the Integrity Award for his courageous fight to expose state-sponsored corruption and shine a light on individuals whose wealth is built on wrongdoing, so that they are denied safe havens anywhere in the world.  Bill Browder in his remarks said, “This award isn’t just an award for me-but also for Sergei Magnitsky.” We at the Coalition are inspired by their courage and fearlessness.

This year is the 40th anniversary of the IG Act of 1978, enacted at a time of great challenge in our nation. We presented C4I’s Special Award to the Council of the Inspectors General on Integrity and Efficiency (CIGIE) for the work that inspectors general do to promote accountability in the federal government and fight fraud, waste, and abuse in federal spending. We were delighted to have Michael Horowitz, the IG for the DOJ and Allison Lerner, the IG for National Science Foundation accept the award as Chair and Vice-Chair of CIGIE respectively.

The Marriott International was the recipient of this year’s Corporate Leadership Award for showing leadership in anti-corruption compliance.

As we celebrate our awardees, we not only salute their outstanding achievements; we take stock of and recommit to our own responsibilities to stand up for and uphold the values they represent.

Above all we are grateful to all those who attended to show their support for the awardees and for our cause of combating corruption and raising integrity standards in the public and private sector.

Special thanks to our Premier Sponsors: