Elections are the lifeblood of democracy, and we believe that current concerns about less than transparent financing of political campaigns threaten to undermine the public’s faith in the electoral process. Greater transparency with respect to political spending, as well as strong ethics and conflicts of interest laws, have the potential to help increase the public’s confidence in the integrity of elections in the United States. Our view is simple: Democracy is best served when elected officials are wholly committed to advancing the public interest.

At the national level, we have advocated for strict adherence to federal ethics laws and issued key recommendations for the administration to avoid conflicts of interest. We have called on President Trump to honor his commitment to fully separate his business interests from government and to disclose his tax returns. We have also signed coalition letters urging the administration to uphold strict ethical standards and to operate transparently. We will continue to focus on these issues, and on congressional actions tied to ethics and government and electoral reform.

Our focus on integrity and transparency extends to the state-level, as well. Beginning in 2017, and again in 2019, we asked state-level candidates and elected officials in Virginia to stand for integrity and against corruption by accepting our integrity challenge. The challenge asks candidates to pledge to disclose on their campaign websites: All campaign contributions received and expenditures made by their campaign committees, their financial disclosure forms, and all gifts exceeding $100 that they received while running for office or serving in office, including gifts given to their immediate family members. It also asks them to commit to supporting legislation to strengthen Virginia’s ethics agencies. The challenge’s principles can be adopted immediately, giving candidates a simple and important way to demonstrate their commitment to the public interest. In 2019, twenty-five candidates of all partisan stripes accepted the challenge, and eleven were elected. Read more about the Virginia Integrity challenge here.

In addition to promoting our integrity challenge, we will continue to focus on efforts to strengthen state-level ethics and disclosure laws. Some of the integrity challenge’s principles were derived from a paper we issued in April 2015. The paper contained ten recommendations for actions we believe would strengthen the integrity of elections and elected officials in the United States. At the top of our list of recommendations is a requirement for the full and timely disclosure of the original sources of all direct and indirect campaign contributions. Were voters able to know the ultimate sources behind campaign spending, they would be better able to assess not only the credibility of the campaign ads financed by outside spending, but they would also be better able to judge the candidates themselves. 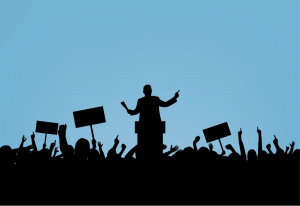