Shruti Shah is President & CEO of the Coalition for Integrity, where she leads the Coalition’s development and promotion of approaches to combat corruption in business and government. She also leads Coalition for Integrity’s work in promoting greater transparency and accountability to stem the flow of proceeds of corruption, with attention to reforms in the areas of beneficial ownership transparency and anti- money laundering laws. Read more 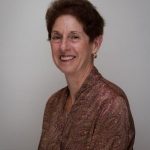 Laurie Sherman works with Coalition for Integrity (C4I) on a volunteer basis as a Policy Advisor. She was the Anti-Corruption Advisor at the Mission to Serbia of the Organization for Security and Cooperation in Europe until August 2017. In that position, she assisted the Government of Serbia and the Serbian private sector and civil society in combating corruption through preventive and repressive means. Read more

Alex Amico is a legal fellow with the Coalition for Integrity working on a range of anti-corruption and ethics issues.  Alex is a recent graduate of William & Mary Law School, where he served on the William & Mary Environmental Law and Policy Review and competed on the William & Mary Moot Court Team. Upon passage of the bar exam in 2020, he will serve as a Judge Advocate in the United States Marine Corps. Read more

Taylor Treloar is an independent consultant to the Coalition for Integrity working on a range of anti-corruption and ethics issues. Taylor is a second year law student at The George Washington University Law School, and prior to her time at Coalition for Integrity, she interned for Members of Congress and The Scottish Parliament. 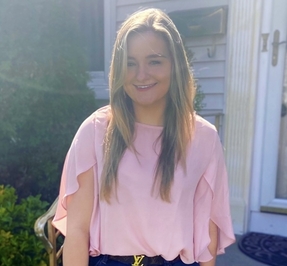 Taylor Cerwinski is an independent consultant to the Coalition for Integrity, working on a range of ethics and transparency issues. Taylor is a third-year law student at The George Washington University Law School, where she is a member of the Alternative Dispute Resolution Board and the Vis International Commercial Arbitration Moot team. Outside of law school, Taylor is the CEO of The Eagle Institute, an education non-profit dedicated to fostering leadership and global citizenship among the leaders of tomorrow.

Rebecca Fallk is a legal fellow working with the Coalition for Integrity primarily researching U.S. state ethics laws and issues. She is a third-year student at The George Washington University law school, where she is Senior Managing Editor of the Public Contracts Law Journal, a member of the Mock Trial and Alternative Dispute Resolution Boards, and served as the President of the Criminal Law Society.